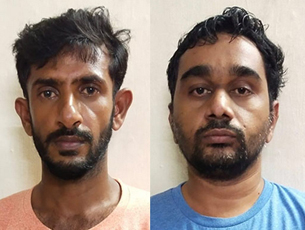 "Two persons spreading inciting messages against the highest functionaries of government of India including the Prime Minister and Home Minister have been arrested," tweeted Mangaluru Police Commissioner T.S. Harsha.

"On preliminary investigation, the accused have confessed to their affiliation with Popular Front of India (PFI) and Social Democratic Party of India (SDPI) and have given details of a broader network," said Harsha.

The two were booked under Epidemic Diseases Act 1897, Section 67 of Information Technology, Section 54 of Disaster Management Act and IPC Sections 188, 153, 505.